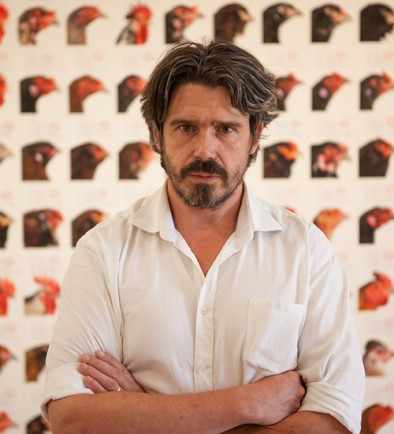 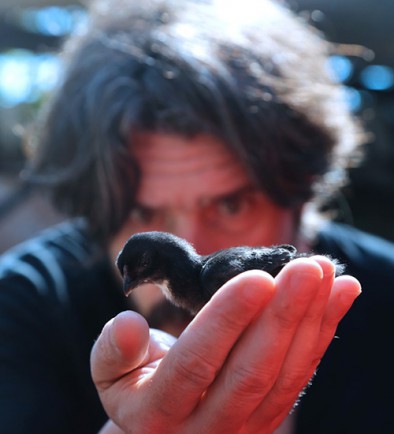 Why don’t chickens have teeth? This question structured the fifth arena featuring dr. Luc Vrielinck (Oral Maxillofacial Surgeon) and dr. Philip Remans (Immunologist/Rheumatologist). Starting from an evolutionary point of view, the experts stated that it might have been the same genetic information that was responsible for creating teeth that now creates the chicken’s feathers. They further discussed the importance of the microbiome and the immune system for all living organisms and the research potential in Vanmechelen’s projects on diversity; the CCP and MECC. 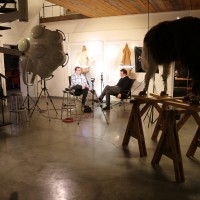 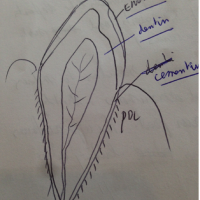 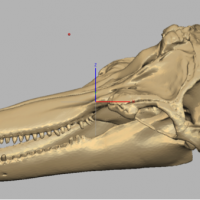 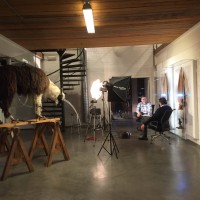 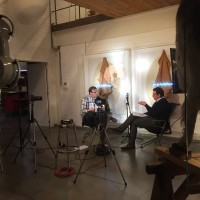 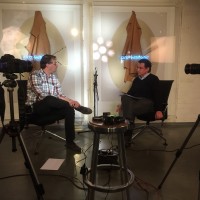 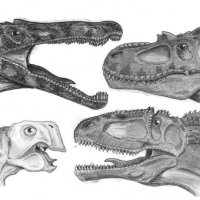 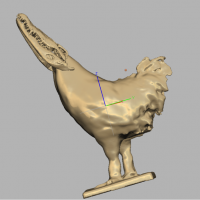 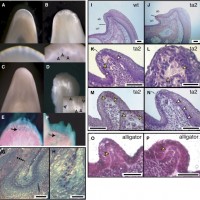 
Why don’t chickens have teeth? In French, there is an expression “Quand les poules auront des dents”, indicating something very rare or even impossible.

Working in the developmental lab, Matthew P. Harris (2006) of the University of Wisconsin noticed that the beak of a mutant chicken had been examining had fallen off. Upon closer examination of the beak, he found tiny bumps and protuberances along its edge that looked like teeth; alligator teeth to be specific. They looked like baby alligator teeth, not the big choppers seen in the adults. It may sound strange that those teeth looked like alligator teeth, but it really isn’t because birds descend from a class of reptiles, reptiles with teeth (charcosaurus, extinct). The closest living relatives are reptiles with teeth, crocodiles and alligators among others. The accidental discovery by Matthew Harris revealed that chicken retain the ability to grow teeth, even though birds lost this ability long ago.

This observation structured this fifth arena between dr. Luc Vrielinck (Oral Maxillofacial Surgeon) and dr. Philip Remans (Immunologist/Rheumatologist), entitled ‘Inciders’ as a reference to the French word for ‘to incise’. Dr. Vrielinck stated; “It could be that when teeth are lost, but the genetic information is still available, only blocked, that this genetic information might change. So instead of making teeth, it makes feathers. So we can even state; teeth or feathers, that’s the question."
This idea was further discussed from an evolutionary approach.

A second part of the discussion was situated around the idea of the microbiome; "the ecological community of commensal, symbiotic and pathogenic micro-organisms that share our body space". Joshua Lederberg coined the term, emphasising the importance of micro-organisms inhabiting the human body in health and disease. “Our human body is only a vehicle for millions of bacteria. All our human cells are outnumbered by the number of bacteria,” says dr. Remans.

Since the microbiome is very changeable, a different diet could have a significant effect on our survival rate and diseases. The experts agree that in our thinking we hugely underestimate environmental changes. “A living organism is a world on its own and these worlds interact with one another.”

This is also the reason why the Cosmopolitan Chicken Project provides the researchers with an interesting set-up; by crossbreeding the chickens they have become a very interesting group. That is to study the microbiota, their immunology and the relationship between these two. The CCP also provides the scientists with a real life situation (contrary to the laboratory setting). Questions that might be researched are: does the microbiota differs between the different generations of crossings; does it differ within chickens of one generation and does the microbiota differs when they eat the mushrooms from the MECC?

The MECC is one of Vanmechelens artistic-scientific projects and is short for Mushroom, Egg, Chicken and Camelid. While the chicken species has proven its scientific, medicinal and even artistic value over the past decades, camelids still have not fulfilled their potentiality. Dromedary antibodies promise to be a powerful weapon against viruses, but its merits cannot be entirely delivered to humans yet. In this artistic-scientific project, a daring experiment tries to make a connection between the camelid and homo sapiens by using mushrooms and chicken as intermediary agents. The project wants to show that in some way we are all related and interconnected, part of the same universe. And that also man is part of a planetary superorganism. He is bioculturally connected with all other species, some of which can be of vital importance for our survival. The art is finding the appropriate intermediary agents that form the bridge between the species; here chicken and mushroom.

The experts conclude; “The potential that lies in Vanmechelen’s Cosmopolitan Chicken Project is huge. The difference in the genes of the cross-bred chickens, how the cross-breeding could change the immune response, or the microbiota, especially in combinations with the llamas is extremely interesting to research. Maybe these two species can even change each other, who knows…”