UPPERCUT, University of Hasselt, Hasselt (BE)

During UPPERCUT – Arena de Evolución students challenged experts and artists in an actual boxing ring on five different issues: Immunity, Ecology & Climate, Fertility, Ethics and Diversity. Each topic was introduced by a video, followed by three short but fierce rounds in which students fired their questions at the scientists/experts in the other corner. The students took home victory, winning 3-2. Indra Dewitte refereed the debates, Dirk Draulans made the final conclusion and James Lavelle surprised the audience with a statement on fusion and music. 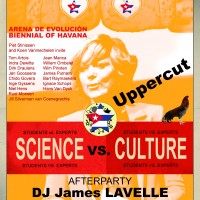 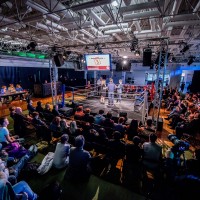 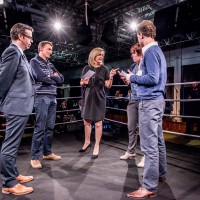 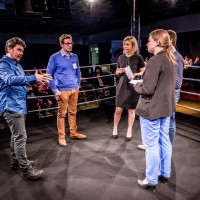 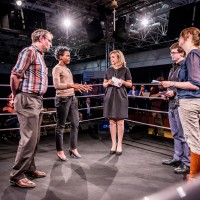 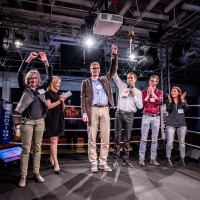 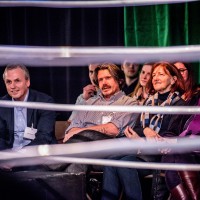 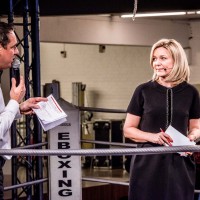 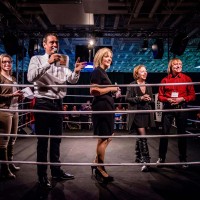 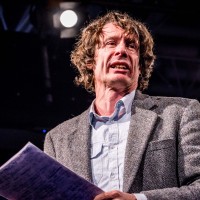 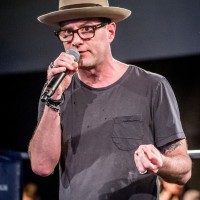 Who was going to win, who will be the loser? The outcome of UPPERCUT, the first Arena de Evolución of Koen Vanmechelen at the University of Hasselt (UHasselt), was more than just plain unpredictable. In five consequent conversational arena's two experts were challenged by two science students of the University of Hasselt. This mind battle was a metaphorical cockfight and friendly catch between old and unspoiled minds, between expertise and youthful naivety, between science and culture, the laboratory and the world outside. Every arena was introduced by a short video fragment in which a protagonist introduced a topic crucial to the human species: Fertility, Immunity, Ecology & Climate, Ethics and Diversity. The public chose the winner by applause. Indra Dewitte acted as the referee, ensuring a clean fight while Rudi Moesen warmed up the audience.

The first arena of Fertility was introduced by the Belgian fertility specialist Willem Ombelet, who recently launched a global initiative for cheap IVF in developing countries. Professor Hans Van Dyck and Jan Goossens tried to counter arguments about the curbing of overpopulation, genetic screening, the embedding of fertility care in a broad maternal healthcare project and the need of men for reproduction. It was a fight about the wellbeing of the society versus the wellbeing of the couple. In many cases only the mother's wellbeing. The victory went tot the students.

The Immunity arena was introduced by Piet Stinissen, professor immunology at the UHasselt and co-organiser of UPPERCUT. What is our relation to viruses, ourselves being walking bags of bacteria? Why are people so afraid of the super diverse micro-world with which they are co-evolving and cooperating? Is the human species a virus? Experts were prof. dr. Inge Gyssens and prof. dr. Niel Hens. The debate highlighted the apparent lack of knowledge about and the fear for the micro-world and nature by young generations. The experts won this round.

Arena number three dealt with Ecology & Climate and was introduced by Ignace Schops, president of the largest network on natural heritage in Europe and winner of the Green Nobel Prize. His message was urgent; in times of dramatically decreasing biodiversity, the indicator of the health of the ecosystem, it is time to act. Contenders were Chido Govera (The Future of Hope Foundations) and prof. Tom Artois. The message was that combining awareness and action is strongly recommended, and also a sense of accountability while fulfilling human needs is needed. Man changes everything, pollutes the tree of which he is a leaf. We kill ourselves while we are the first organism with a brain to think. We must learn how ecosystems work. The students showed that their thinking is driven by their fear of, for example, the lack of food. They were no match for the experts.

The fourth arena, one on Ethics, was introduced by Bart Raymaekers, Professor of Ethics, Political Philosophy and Philosophy of Law at the KULeuven. What is our responsibility as humans towards other animals? Can we just use them? How do we make ethical decisions and how far can science go? Ethics is a survival strategy.There are no borders said prof. Wim Pinxten and prof. Jean Manca, only man makes borders and limits.The debate tackled old clichés like designer babies while it became clear that science evolves far too quickly for the ethics domain to follow. The lack of rules and the rising power of transnational corporations foretell interesting times. The experts however, showed a remarkable display of progress optimism. The applause this time favoured the students.

The fifth arena, about Diversity, was introduced by Koen Vanmechelen, conceptual artist, organiser of UPPERCUT and CEO of the Open University of Diversity. He explained why these five themes are at the core of his oeuvre. He also elaborated on why they are crucial to the understanding of ourselves as a species and as individuals and also of the world we live in. Art binds, illuminates and goes where science can or dares not go. The metaphor of the chicken allows him to reach every culture on this planet. Experts were curators Jill Silverman van Coenegrachts and James Putnam. They lost the final battle setting the final score at 3 – 2 in favour of the students.

After their celebration moment, Dirk Draulans stepped in the ring, making a conclusion on the evening. "Koen is always talking about connections; between the chicken and the egg, between right and left, between energy and matter, even about the need for cooperation between the different species. That is what I think this evening was really about, it was not about fights, it was about cooperating." Losing is winning.

Finally, James Lavelle, world-renowned electronic musician and record label boss (UNKLE, Mo'Wax) surprised the audience with a video and statement about diversity and fusion in music. 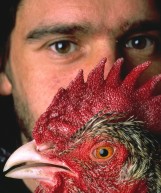 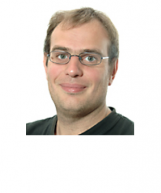 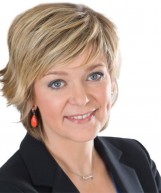 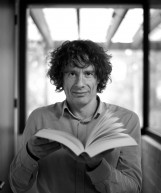 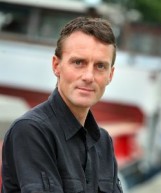 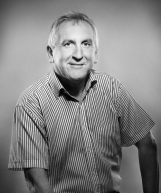 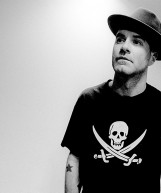 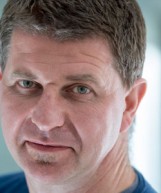 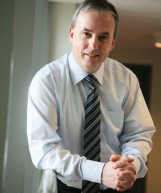 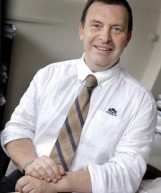 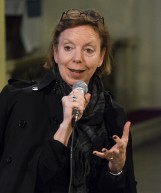 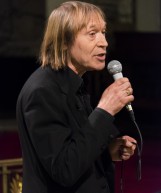 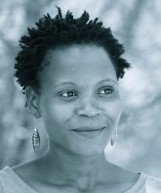 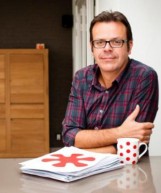 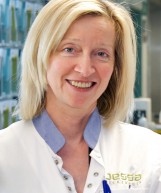 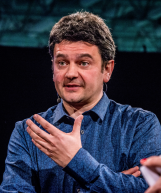 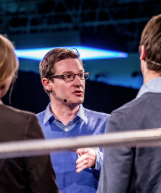 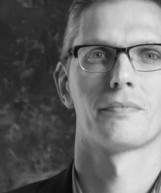